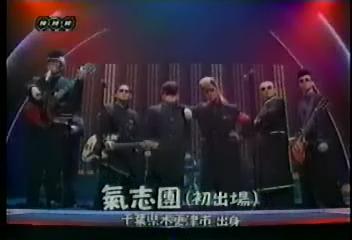 So I was first going to e-mail just Ari this. Then I decided I was gonna e-mail the whole A-Team. Then I decided I’ll just make it a blog entry and everyone will see it eventually. I even went to the effort of taking some screenshots, just so everyone can follow what I’m talking about, also so you know I’m not just making this up. 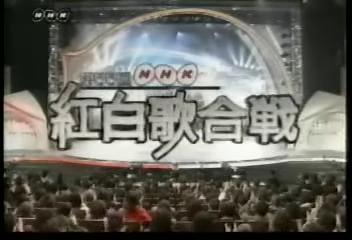 I downloaded and watched part of the 紅白歌合戦, the music show that they show in Japan on new years eve. (Seth, did you catch it? Or were you studying) It’s like a battle of the singers with guys vs. girls. Well one of the bands on there was, of course, Kishidan, because they are awesome. 2 really important and incredible revelations that must be spoken of though:

1) Ari will be happy to know, that during the performance, they had all these random backup dancers running around the background, including the usual gay-esque American flag wearing guys with the cutoffs on, some bousouzoku, angels, a chick in a bathtub, etc. But the best? 6 Pe Yonjun look-alikes. Oh man it was hilarious. 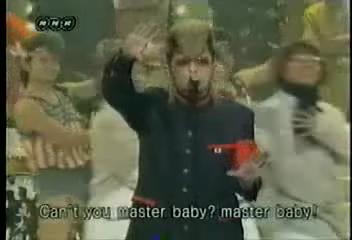 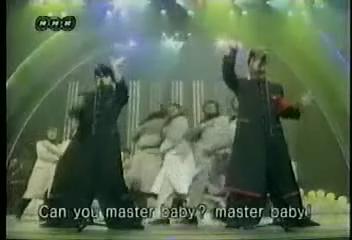 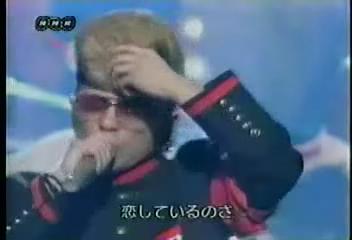 2) the main singer guy, I think his full name is Ayano Kouji, nicknamed Celonious or something, but you may know him as Dragon Voice. right in the middle of singing One Night Carnival, pauses and whips off the front part of his hair. We knew it was too good to be true. His hair is real, except for the front part (the Ghostbusters cartoon Egon-looking pointy thing). And even better: he has a receding hairline/going bald, so it just looks really weird. I don’t think that anyone in Japan knew about this, and I was pretty surprised (ショック!). 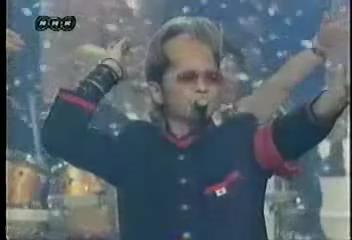 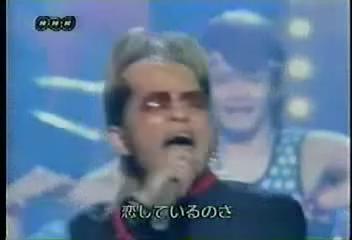