I love you DP pass

Most of my interviews in the business school are in 30-minute blocks.
Reserved spots (“R”) technically have a 30-minute limit on parking in them.
Coincidence? I think not.

Dorks in the real world

The other day I was walking around in the business school, and I saw a group of people that I have seen before. It was the b-school’s tech department or something: about 5 adults (read: faculty/staff members) who were coming back from lunch. They were definitely not professors or anything, but went into the I.T. room if my memory serves me right (and I think it does).

This little cluster of people, however, had to have been the most blatantly dorky group of adults I have seen in a long time. They all were dressed in weird colored slacks with golf shirts, each had about 4 electronic gadgets in various holsters on their belts, and were talking about, well, dorky stuff. It got me thinking: those cliches that people always talk about from high school pretty much never go away. I don’t think when you’re in college you notice them too much; I mean, there are a few definite and broad groups/categories of people (which I will not go into here; that’s a whole other article, and a much longer one at that), but in general you are friends with and interact with a much more varied group of people as a college student.

When you graduate and get a job, however, I have a feeling that they might come back all over again. The b-school tech guys, I mean, were obviously the kinds of folks who throughout middle and high school probably didn’t have a lot of friends, probably liked dorky stuff like Magic cards and Star Trek (haha no offense Frank), never talked to girls, and in general, were losers. Hey, guess what? They still are. Using the business school as the first group of people, I have a feeling that pretty much every company/group/organization of adults (meaning, people out of college) has these cliches. Groups probably interact with each other in much the same way they do in high schools. I’ll bet the tech guys at the b-school don’t talk to a lot of the female young staff (maybe the equivalent of the hot girls). Maybe there are equivalents of the goth kids, the jocks, the artsy kids, the weird crazy ones, and the uppity hippy types. I’m not going to waste my or your time by trying to relate all the groups from high school into old people groups, but I think it’s just interesting to think about I guess. Another brainfart.

First job interview of the year in about…6 hours. I’ll fill you all in on it afterwards. It’s with Cook Urological…yeeeeah. I know nothing about urological equipment, but they want a Product Manager in their Tokyo office, and specifically e-mailed me. I had never heard of them, but I think they’re just looking for anyone from the B-school who knows Japanese. Urological…yeah, it’s just what you’re thinking. Great.

I’ve been thinking a lot lately about the future. Not like way into the future, but mainly the great task of finding a JOB. I’ve had to work on resumes and cover letters for my X420 class, and there’s this career fair coming up at the end of October in Boston. I think I’m going to go. It’s a bunch of Japanese companies, which is something I’ve been considering. The big hangup, however, is that most of these companies ask for Business Level Japanese of American applicants. I’ll admit, my Japanese is pretty good, especially conversational, but BUSINESS LEVEL? Uhh I don’t think so. It’s like keigo (honorific language) on steroids. That’s my main reservation about going to Boston. I’m just counting (I mean hoping) that there will be some companies who only ask of conversational Japanese ability, and/or companies there who interview in English. Boston would be a fun weekend trip as well.

X420 is also doing it’s own little job of making me stress out and think about getting a job. The class itself is cake; I go to class sometimes, and spend about 30 minutes a piece on the homework assignments. I’m doing really well so far; the class is graded on a point system, and I’ve been making plenty of points. It is, I suppose, a good excuse to make me work on resumes and stuff like that, since otherwise I probably would neglect to do them. I need to start going to job fairs, sending out resumes and cover letters, and in general just actually go out and hunt for a job. Graduation isn’t until May (I should find out when I need to register for that), but I have a feeling I’m going to need to find and have a job by the end of March at the very latest. Maybe I should just take the easy way out and do JET (teaching English or something in Japan). The pay isn’t great, but it’s not bad. And I’d be in Japan. Do I even want to be in Japan?

Speaking of the job hunt, and X420, I have to admit how much I hate some business students. I know, I’m a business student, but that’s not what I’m talking about. I’m talking about certain business students (there are a lot of them) that take this all too seriously. I’m talking about the kids who wear suits to stupid company presentations IN CLASS (not like real company presentations, just them coming to talk to a class), go up and try to BS smalltalk with the presenters just to “stand out,” and in general just try too hard to be “professional” and just trying to get a job. It’s hard to explain, but I think you know what I’m talking about. There was such a presentation in my X420 lecture this past Thursday, and when it was all over, everyone is in line to throw their resume into the company folders. One of the presenters is up at the front of the room, and I hear this one kid in front of me trying to make smalltalk. Not even meaningful conversation. Just pure BS. It was so forced and uncomfortable it could have been on Curb Your Enthusiasm. And of course he tried to turn his comment into a handshake and a “Hi, my name is Retarded Moron, blah blah blah.” These kids do it all the time. I am not going to kiss up to someone to get a job (OK maybe just a little, but I still gotta keep my dignity). If someone is going to hire me, it’s going to be because I’m awesome. Which I am. Look at my resume. You will hire me.

I’ve decided (OK not really, it’s always been kind of a given) that there are 3 main categories of job that I might be going for. Also there are hybrids of these categories. The 3 are: Marketing/Advertising, Television or Film, and Japanese related. Right now I have no clue which one I want to concentrate on. I have a feeling that the marketing path will get me the biggest starting salary…somewhere around 50K plus. That’s pretty darn tempting. Television is probably something that I would love the most. Japanese would be fun, but I don’t know if that’s something I should do right away. Especially since I don’t have business level Japanese (ugh). If I were super lucky, I could land a job doing TV advertisements (CMs) for a Japanese TV station. Let’s be honest, I’m not going to land something that sweet right away.

This post was pretty pointless (I say that all the time, mainly because it’s true). Just wanted to let everyone know that finding a job is a huge pain in the butt and I wish I could just get paid a handsome salary to stay at IUSTV the rest of my life. Oh, in other news, I finally got Final Fantasy VII: Advent Children, and it is one of the sweetest films I have ever seen. Even if I’d never played through FF7, I think this would still be one of the greatest films ever. The CG is amazing; about 3820498 times more impressive than Toy Story. Everyone should see this movie right now. I’m totally buying the DVD when it’s released in the US at the end of November. For now, my torrented version works great.

Smarter than a quarterback

I took the NFL Wonderlic test or whatever it’s called in Z302 a few weeks ago. You’ll be happy to know I’m smarter than the average football player, so that’s good I guess. Haha. 38. 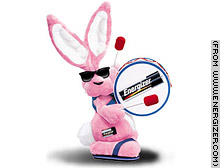 This week has been nuts. Sunday night I was at the library til 6:30AM studying for my marketing analysis exam. I guess it was worth only getting 3 hours of sleep though, since I got a 104 on it. Monday night I crashed for about 5 hours in the evening, only to stay up until 6 again doing random stuff (including sending resumes and stuff to places like TokyoPop and Viz). Tuesday night I was doing IUSTV, Z302, and mktg analysis until around 3 or 4AM. Tonight (Wed), it’s 3AM and I’m still at the library, finished with about half of my marketing design work, have a team exam in Z302 at 11AM, and about a million and a half things I need to get done really soon. Tomorrow night will probably entail the least amount of library time all week, meaning I’ll *only* be here for like 3 or 4 hours.

I’d be able to get a few hours of sleep per night extra if I weren’t powering through the first season of Curb Your Enthusiasm on DVD. Awesome show, btw. Oh and I got to watch an hour of the Kings (Kangs?) of Comedy last night.