Kishidan takes over the world

Kishidan never ceases to amaze me. I just downloaded (er, I mean…bought. yeah, bought) their new single, and as it turns out, this song will be the theme for the new “One Piece” movie in Japan. One Piece is this anime about a pirate crew or something. I’ve read some of the comic, never really got into it. Apparently Kishidan is a huge fan of the show (their blog makes it look like Hoshi Granmarnier is the main one. since he’s the big dork of the group, that makes sense). I also found out that Dragon Voice Ayano Kouji, the leader, is also doing a voice in the movie. Kishidan is slowly taking over ever media outlet in Japan, which means that’s another reason why I have to go back. Haha. Oh, and the cover of the CD is Kishidan drawn by the One Piece artists. Awesome: 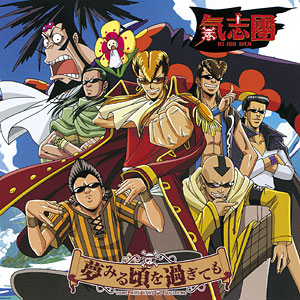