My younger brother Joe is so retarded. He’s trying to learn Photoshop, and apparently thinks this, one of his first attempts, is the greatest thing ever: 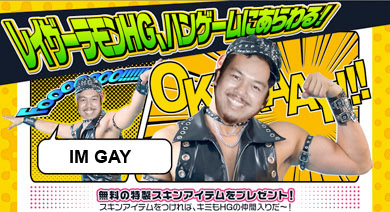 I’ll admit it’s funny, but he has a long way to go before he is of my level. He didn’t even put an apostrophe! Foooooo!

Note: I’m not gay, don’t think this is some kind of announcement.