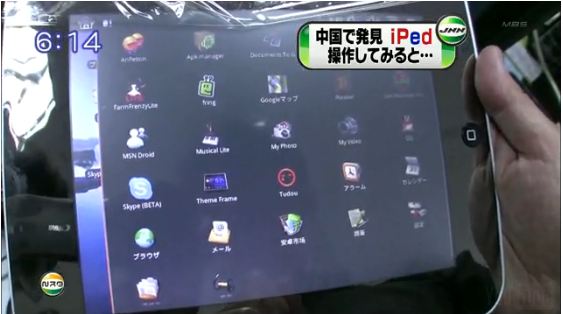 It seems like everyone wrote a nice long blog entry last night. I, on the other hand, fell asleep around 1AM-ish laying on my couch watching Frasier on DVD. So that I can stay competitive here in the blogging world, I will also attempt to write a nice long entry, although i can’t promise it will be meaningful at all. You know how they say that some people go to psychiatrists just because they need to talk or vent or something to solve their problems and stress? From that, journals and diaries also became a popular way for people to record their thoughts and ideas. This was like 1800-1970 I think. Nowadays, since Blogs are so popular, people are going to start using them to vent their emotions and things like that. This is not some amazing revolutionary theory that I had, since I’m sure it’s already been talked about a lot. However, I thought of it this morning and decided to write a quick side note about it. Also it doesn’t make sense because I’ve talked to 3 people online since I started writing this paragraph 20 minutes ago.

Down to business. Life has been good, but I’m only going to talk about this for 1 paragraph. Why, you ask? Because the majority of my posts are just boring rants about my life (see above paragraph about the Blog-therapy theory), and no one wants to read that. This past week was extremely busy, but right after my Marketing Strategy exam on Thursday, things seemed a lot better. I booked a hotel for Boston, so next weekend is all set. I’m not going to bother translating my resume into Japanese, mainly because it would be too hard and secondarily because I would make a lot of mistakes. Take my English resume, kudasai.

I think I’ve had this conversation in short form with some of you before, but did you ever wonder what will happen to Facebook in about 4 years? At that point, everyone who signed up in that first year or two will have graduated college. I’m not sure if Facebook makes a LOT of profit from their ads, etc, but will they keep letting people retain their Alumni accounts? After a few years, this is going to get huge and their network is going to quite hefty. Then, since they have this high school Facebook or whatever, are they going to be able to easily transfer their account to college? This is a huge number of people, and I really wonder if Facebook is going to be around forever. On that same note, we are of the 1st generation of people, ever, to use IM (particularly AIM) as a real communication tool. Are we still going to be IMing our friends in 20 years? Kind of funny to think of a 50 year old sitting at home, listening to MP3s, IMing their friends, and checking their Facebook account, but this might happen sometime in the future. I would enjoy retirement if I could do that for a good 20-30 years with no work or obligations at all. Actually that would be ideal.

So this isn’t really a structured blog, but I’m just thinking about how society is going to evolve with the modern applications that the college generation depends on today. I mean, everyone reading this probably has considered IM equal to the telephone at least a few times before. Heck, maybe all the time. Are we going to keep using all this stuff when we’re older and have kids of our own? Are we going to be “brb”-ing because we have to go pick the kids up from school? Are we going to be leaving away messages up that say “getting married”? Actually, people are already doing this, so maybe I answered my own questions. I’m not really asking these questions to be answered; these are more of the pondering-type of rhetorical questions.

Let’s go back to me for a minute. The computer programs/things that I probably use fairly often are: e-mail, AIM, MP3s, Facebook, Blogger, and I’m not including just general internet surfing in this. So if I keep using all these things (not e-mail, because DUH, that’s gonna be here forever) after college, into getting a job, into getting married, and into having kids (wow, scary, I guess I might do this eventually), then retirement, the world will be a weird place. Everyone will be doing the same thing, so maybe we’ll have a society of retired people at nursing homes who chat on IM and say stuff like “LOL my teeth just fell out again, brb.” I realize that there are probably some retired people out there who use IM, but I don’t care about you, you’re just ahead of the times. I think my mom is a good example of someone who isn’t “withit” on stuff like IM. As an example, she has on numerous times signed her IMs like an e-mail, complete with line breaks and “Love, Mom.”

So yeah, I guess I’m going to end it here. If my blog text remains somewhere that I can read it 20 years from now, I will try and comment to my own post. I actually have a feeling that a lot of these technologies will converge with mobile technology (like e-mail and IM are kind of blended in Japanese cell phones), so maybe one day no one will sit at a desktop, but will have some kind of funky portable device that they use all the time. You can IM people across the room or something like that. It’s going to be an interesting future. And yes I realize this post was somewhat of a mindbarf, and I don’t have any idea of what I’m talking about, but I think this whole idea is cool. And yes, I know for a face there are people out there who’s official job is to sit down and try to figure out how this is all gonna roll out. If anyone reads this blog for research, I expect a reference and a copy of the finished work. Note: aleong.com has already been quoted in at least one college paper that I know of, written by a Mr. Brian Blanchard.

When I’m 60 and check my Facebook account, set as an alumni, will I be able to poke Freshmen girls? Because I most definitely will.

This penguin is the future

, is definitely a possible sign of the future. Basically, it’s a chargeable train pass/debit card. You can use it on the JR trains, and now you can use it in store to purchase stuff like a debit card. The nice thing about it is, instead of swiping and signing like a credit card, you just press it up against the reader, and you’re good to go. Takes literally 2 seconds. Maybe 1 if you’re a ninja. Most people keep it in a wallet or “pass case” with a little window on it. They just press their wallet/case on the suica panel and they’re good to go. Now, if you lose your card you’re screwed, but worrying about this stuff isn’t the point of progress.

This thing might actually turn Japan into a cashless society. Credit cards and checks couldn’t do that here. People literally still carry huge wads of cash with them. A lot of companies still give their employees their wages via big envelopes of cash.

I like Suica (the word also means watermelon, although I don’t know why their main mascot is a penguin). There’s also a campaign going on right now where you use your Suica at convenience stores to buy stuff, and you get a sticker. Collect 3 stickers, and you can send in to win stuff like a penguin pillow or a coffee mug. Here’s the link, if you want to see it for yourself. I found one of the conbini that just had the box of stickers sitting out, so of course I stole a handful. I’m going to send a bunch of postcards in and hopefully win something.